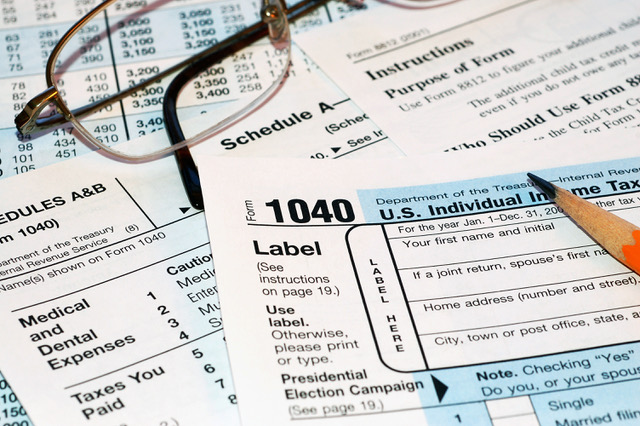 The new year brings with it a new tax code. Passed at the very end of last year, the Trump tax plan has been in the news. But, what does it mean to you and your family?
The changes involve many parts of the tax code, so how the tax bill affects you depends on your personal situation, how many children you have, how much you pay in mortgage interest and state/local taxes, and how much you earn.

If you live in a high-tax area, you will be especially affected by the new $10,000 limit on state and local tax payments (including property taxes) that you can deduct from your federal income taxes (exempted: taxes that are paid or accrued through doing a business or trade).

Your current mortgage-interest deductions won't be affected, but if you move, that will change (see next section). Fewer people will itemize since the deduction will increase from $6,350 to $12,000 for individuals. For married couples filing separately, from $9,350 to $18,000 for heads of household, and from $12,700 to $24,000 for married couples filing jointly. Homeowners also won’t be able to deduct the interest on home-equity loans, whether they itemize or not.

Buying or Selling a Home

You Itemize and File Schedule A

This change means many households that used to itemize their deductions using Schedule A will now take the standard deduction instead, simplifying tax preparation for an estimated 30 million Americans, according to USA Today. The Joint Committee on Taxation estimates that 94 percent of taxpayers will claim the standard deduction starting in 2018; about 70 percent claim the standard deduction under current law. Not filing schedule A means less record keeping and less tax-prep time. It also means charitable contributions will effectively no longer be tax deductible for many taxpayers because they won’t itemize.
Taxpayers who continue to itemize need to be aware of changes to many Schedule A items beginning with the 2018 tax year.

How Will Your Tax Bracket Change?

That depends. Tax rates are changing from 2018 through 2025 across the income spectrum. In 2026, the changes will expire and current rates will return, absent further legislation, though the tax brackets will have changed slightly due to inflation. The individual cuts were not made permanent. The reason given: their effect on increasing the budget deficit.


The new tax brackets eliminate the marriage penalty. The income brackets that apply to each marginal tax rate for married couples filing jointly are exactly double those for singles. Previously, some couples found themselves in a higher tax bracket after marriage.

The tax bill will affect us all from 2018 through 2025 and beyond. It will change how much money is in our bank accounts after each time we get paid and after we file our taxes each year. Some of us will have lower tax bills and be able to pay off our debts faster or put more money in our retirement accounts while some of us will have higher tax bills and we might have a harder time making ends meet or saving for the future.
As always, specific questions about your taxes and finances should be directed to a tax professional or financial advisor. If you are ready to file yourself, you can save $15 on TurboTax services as a Solidarity member!

File through this link: TurboTax for Solidarity Members
*We’d like to remind our members to verify their account number when filing their taxes so the refund will not be delayed or returned for a bad account number.